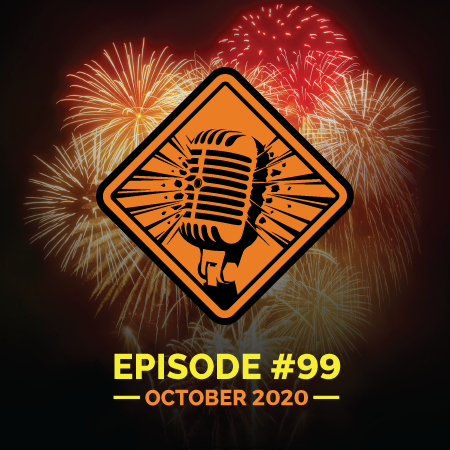 This episode of the Fireworks Brigade was recorded at Fireworks Brigade Studios in Chicago, Illinois. It’s Halloween, the cold weather is coming and John and Ron settle in for their 99th episode of the podcast. Considering it’s off season and there’s still a pandemic to endure there’s not a lot of urgency in the industry. John and Ron casually discuss the current challenges and reminisce about their first episode some 5+ years ago. Also included is an exclusive interview with Gadd from Gadd Music. Gadd is the exclusive voice of all the pyro parody songs you hear on this show.

Some of the topics covered during the discussion include