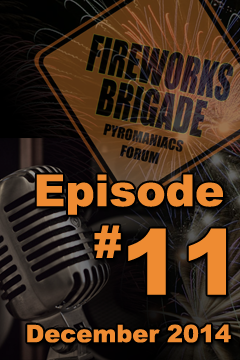 Recent news is full of stories about the regulation and de-regulation of fireworks. Many local municipalities succumb to PC pressures and cancel holiday fireworks displays and the organizers of the events often replace the fireworks with curiously disappointing alternative forms of entertainment. Ron and Johnny discuss the issues and John gets ready to travel to Hawaii to sell firecrackers for the New Year holiday. The ballad of “Auld Lang Sigh” was recorded on Monday December 8, 2014 in Libertyville, Illinois.

~ Johnny meets the God of Thunder

~ Johnny plans a dinner party with Gene Simmons and Sammy Hagar, but only if Leo DiCaprio is OK with the guest list

~ Why fireworks are important on New Year’s Eve

Why is Lois Henry so angry?

The Bright Green Star Man apologizes after a disappointing night