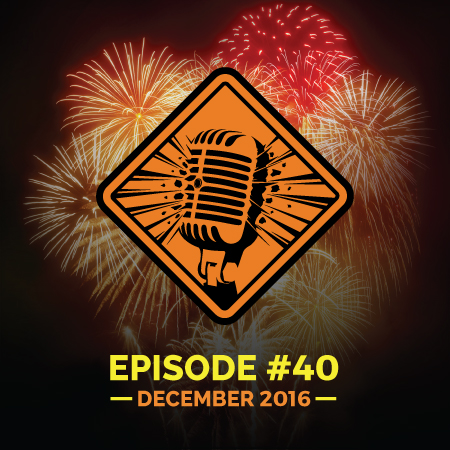 The dog days of the fireworks industry have taken a firm hold on the guys. There are no more conventions, no more sales and no more trips to China. As we say goodbye to 2016, Ron and John talk pyro and interview James Beavis from Starburst Fireworks in Jersey! That’s not New Jersey, but the island of Jersey which is near France and is the size of Disneyland. They review some movies with Ryan and Ron does his best to spread some Christmas cheer with a pyro rendition of the Night Before Christmas. Some of the topics covered in this 40th episode include: