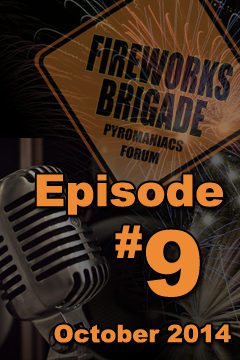 Johnny Starr and Ron the Banker are in Singapore to record this episode of The Fireworks Brigade. After a day of sightseeing and a night of drinking this episode was recorded sometime around 3:00 am on October 28th. Some of the topics covered include:

~ Why did Ron get felt up by a dude

~ New products for next year

~ What does a firework agent do?