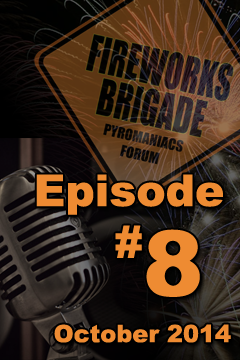 Johnny Starr and Ron the Banker are in Macau China to record this episode of The Fireworks Brigade. The guys spent a lot of time a considerable amount of cash and were nearly killed trying to find a mixing board in China. But, thanks to $350.00, a patient cab driver and Tom Lee’s Music in Hong Kong, “Holy Macau” is now a reality. Not that we check this sort of thing, but as far as we know this is the first time ever a podcast hosted by 2 guys from North Dakota was recorded in China. This episode was recorded sometime around 6:00 pm on October 25th. Some of the topics covered include:

~ John’s China experience and what’s new for next year

~ How some big name fireworks companies are cheating consumers

~ Ron and John’s near death experience(s) in Hong Kong

~ Why is Macau so freakin cool