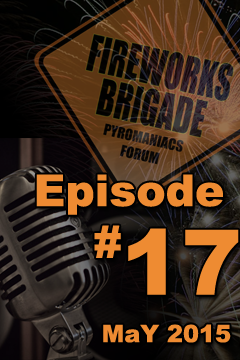 This episode of the Fireworks Brigade was recorded around 1:00 am in Fargo, North Dakota. Johnny, Dino and the rest of the staff at Starr Fireworks were busy preparing for the annual Dealer Show when Ron the Banker shows up with a script, sound effects and his good friend Louie. Like most men their age, Johnny and Ron grew up watching Batman television shows with Adam West and Burt Ward so they decided to pay tribute in their own pyro sort of way. This episode is the Pyro Thespians dramatization of the Pilot Batman episodes “Hi Diddle Riddle” and “Smack in the Middle” which originally aired in January of 1966. This may very well be their “Citizen Kane”!