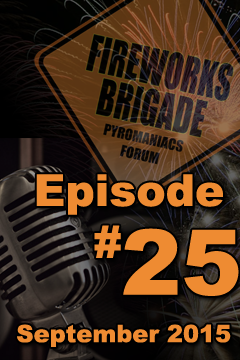 It’s How They “Cull the Herd”

Title: It’s How They “Cull the Herd”

The guys remain in Kingsport Tennessee for one more day. The annual NFA Expo is winding down and during the initial portion of this episode, Ron talks with Dino and Steve from the exposition floor. Johnny Starr is noticeably absent as he networks with all of his Chinese suppliers. The second portion of this episode takes place back at the hotel where John and Ron wrap up the expo and talk about things to come. Some other topics covered in this episode include:

~ The quality of Mexican fireworks

~ How the Greeks cull the herd

~ Hanging up with Johnny Starr is NOT an option

You can learn more about NFA at: www.nationalfireworks.org