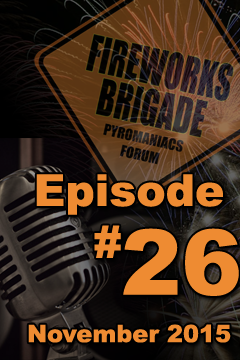 Ron and John are back in Chicago. John has just returned from his annual China purchasing trip and has lots to talk about. The guys dust off their copies of “2112”, pop open some Molson and talk Canadian pyro with “Mr. Fireworks” from Vancouver British Columbia. Some other topics covered in this episode include:

~ When did you realize you were old?

~ What should I do if an erection lasts for more than 4 hours?

~ The nice and polite people of Fargo

You can learn more about NFA at: www.nationalfireworks.org

You can find Raymond Greenwood at www.mrfireworks.ca