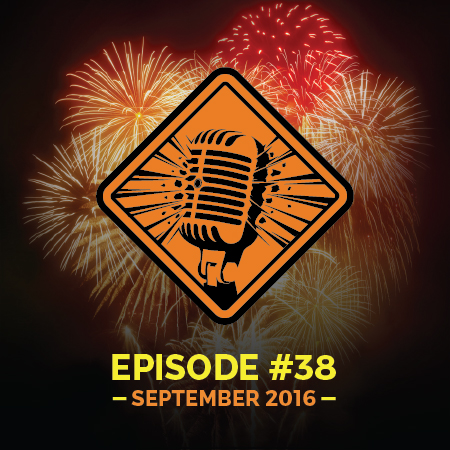 The mission of the NFA is to work diligently to ensure that the Fireworks Industry is regulated in a fair and sensible manner. They promote the safe use of fireworks in all sections of the industry. This is the second night of the NFA convention in Grand Rapids Michigan and John and Ron are recording from the “After the Smoke” party. They speak about the passion of fireworks with some of the most influential names in the world of pyro. Some of the topics covered in this 38th episode include:

~ Party Pooper
~ Too much of a good thing
~ That’s one disturbing statue!
~ Brothers Pyro is a classy and family affair
~ Nancy can’t listen to Bon Jovi in Peter’s car
~ Behai French Fries
~ John questions his life choices
~ “Starnac” the Magnificent
~ If you would like to keep up with the show socially you can do so.