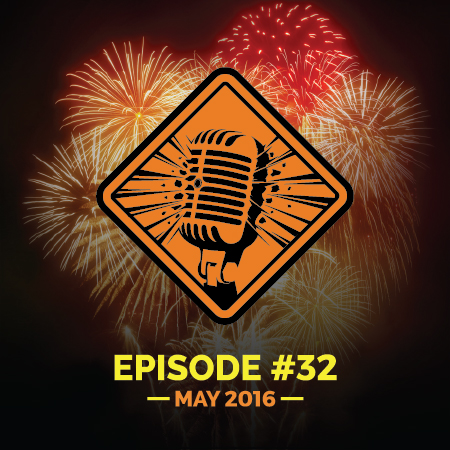 Running Time: 85 minutes
On the eve of Starr Fireworks annual dealer show, Ron travels to North Dakota to meet up with John. In what has become somewhat of an annual occurrence, he brings with him a script from a beloved 1960’s television show and the Pyro Players attempt to get through the script without too many flubs or edits. It might not be Shakespeare, but the Players version of the classic Twilight Zone script “To Serve Man” dares to consider what would happen if aliens offered pyro utopia to mankind. Some topics covered in this episode include:
~ College visit recap
~ What’s a “Hammock Club” and where do I join?
~ Going to college is a lot like being on a cruise ship with homework
~ Queue the coed
~ Saturday morning cartoons
~ Prince
~ Pyro Purge
~ China Trip
~ There’s nothing better than discount pie
~ The Pyro Players present “Too Serve Man”