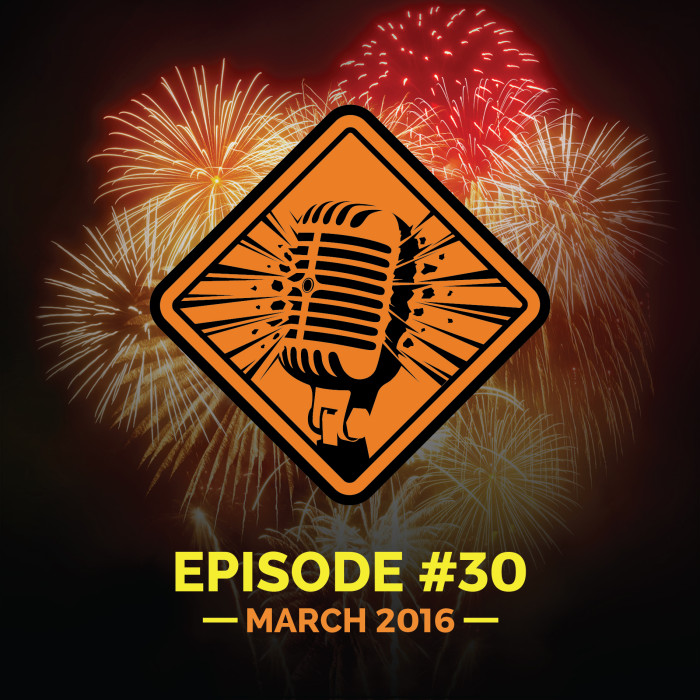 Things heat up after a show or two with not much to talk about in the world of pyro. John and Ron re-focus their efforts and take a comprehensive look at recent pyro events. John talks about what to expect for the upcoming 2016 selling season. Some topics covered in this episode include:
~ The Apple falls far from the tree
~ March Madness Pyro Style
~ Year of the Monkey
~ Hong Kong’s Victoria Harbor Fireworks
~ NDSU Bison win again
~ Blowfish Baseball
~ Do fireworks really effect egg production?
~ Pioneer Day
~ 3 Tunisian Camel Jockeys and 1 Tasmanian Firework Holiday
~ Under no circumstances do you ever shoot a rocket through your ex girlfriends bedroom!
~ Who wants to take a Pyro Cruise?